When Joey Wong arrived in Canberra, she couldn’t find a place to live for about six weeks, and staying in short-term accommodation was proving costly. 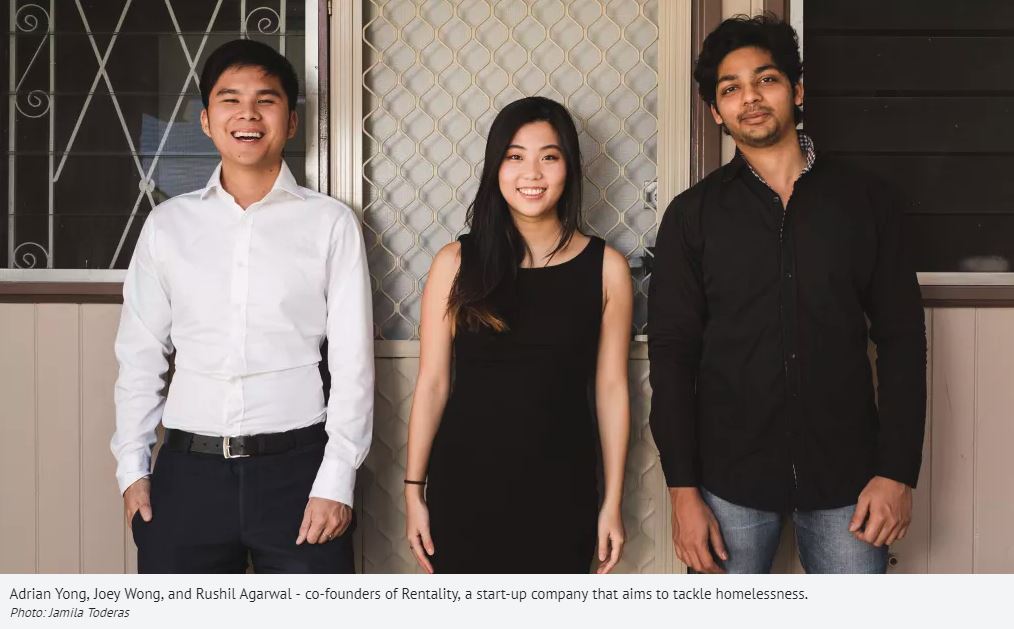 That led the student, originally from New Zealand, to launch Rentality, a Canberra-based start-up that connects people looking for a place for between one week and three months with prospective landlords.

The website launched on April 30, and its founders feel it could help tackle Canberra’s problem with homelessness.

The ACT turned away more than 1000 people in need of accommodation last year, with federal and territory funding for homelessness services falling over the last five years.

Rentality co-founder Adrian Yong said anyone looking for medium-term accommodation could use the platform, but it was ideal for people who needed something affordable while they looked for a more permanent solution.

“Our first tenant was in [a domestic violence] situation, and she said Rentality had really helped,” Mr Yong said.

Mr Yong said Rentality’s listings structure was similar to Airbnb, but its focus on medium-term accommodation set it apart.

He said landlords listing rooms were able to set their own prices, but the site had an automated bot that sent landlords advice on setting the right price for medium-term tenants.

The bot worked by analysing CoreLogic data on the suburb where the room was listed, he said.

“For example, if an Airbnb is $80 per night in Turner and the average long-term resident pays $60 rent per night, we take the average of $70 for the medium-term,” Mr Yong said.

“Because they’re not personally in Canberra until they arrive, they can’t go through the inspection process and registration to find a longer-term place, and Airbnb or a hotel would be too expensive for a lot of them,” Ms Wong said.

“I’ve heard of people coming to Canberra and thinking, ‘If I don’t find anything right now, I’ll be sleeping in my car’.”

Less than two weeks on from its launch, Rentality is already working with several companies, including Kitson Migration Advisory, and the Canberra Institute of Technology Student Association.